If you enjoy my work, please consider donate a few dollars! 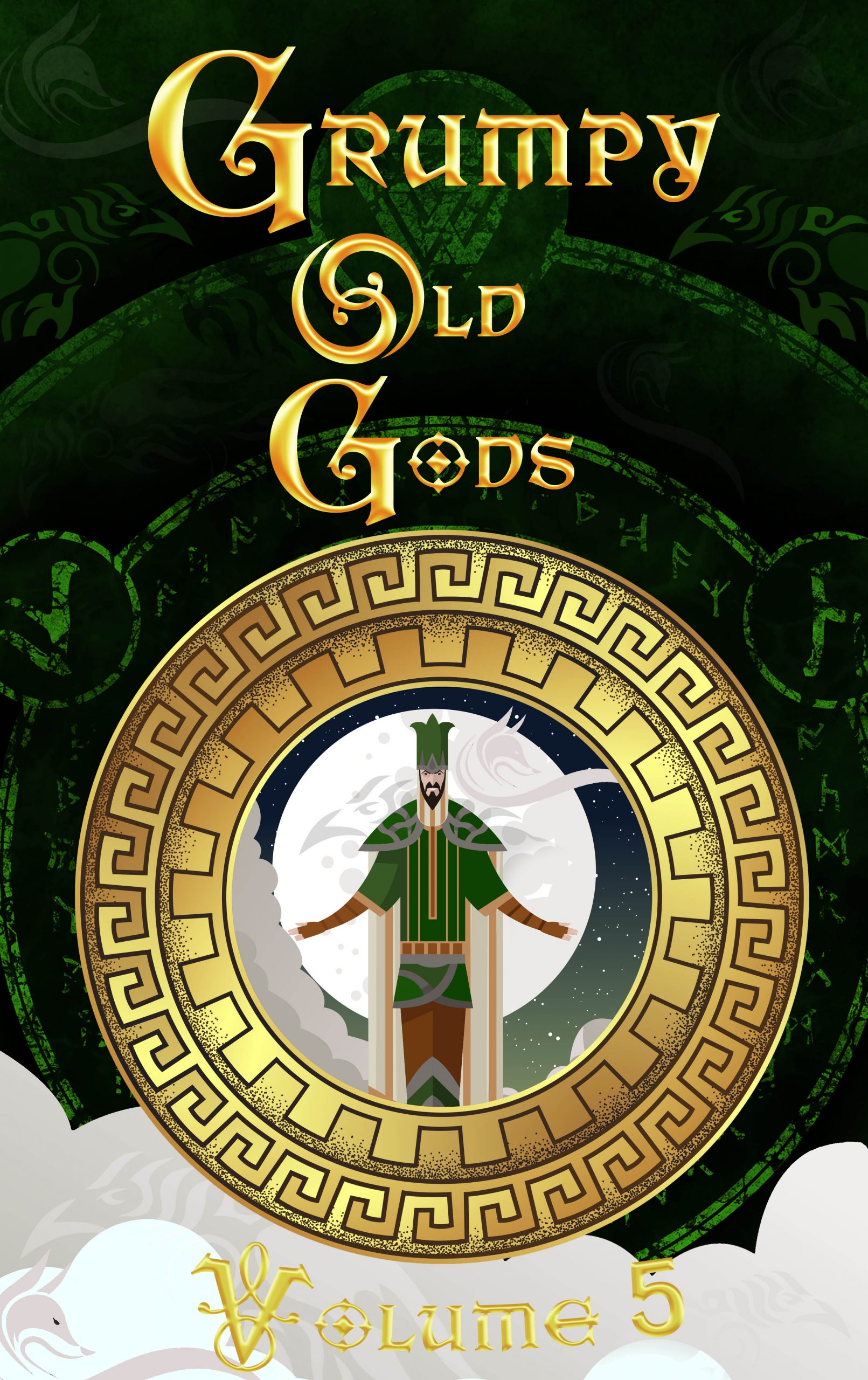 I have a short story out! My story “Huehuecoyotl and the Dead Irish Hero” is published in Stormdance Publication’s newest Grumpy Gods anthology, Grumpy Old Trickster Gods: A grumpy Old Gods Anthology. It came out today!

Pick it up on Amazon!

What happens when trickster gods wane, retire, or just decide they need a change of employment? Trouble. Lots of trouble.

The Grumpy Old Gods are back in this fifth installment of mythical fun!

Thirteen writers took up the challenge with total irreverence, a great deal of wit, and, in some cases, more alcohol than was strictly necessary. This mythical author alchemy led to an anthology that is nearly-always amusing, somewhat insightful, and completely irreverent as we imagine the trickster gods of yore in retirement:

In Anansi and Robert go to Queens by J. Malcolm Stewart, the spider trickster Anansi is about to pull off the greatest prank in the history of the cosmos – and a humble spider named Robert from Queens is honored to be a part of it, at least until he isn’t.

When Thor’s hammer is stolen from Asgard, Loki reluctantly puts down his laptop long enough to get up to his old tricks in The (Mostly) Retired God of Mischief by Vanessa Wells.

Only an idiot would try to trick a trickster god – right? In Huehuecóyotl and the Dead Irish Hero by E.J. Tedrow, we find out there’s always one smartass who thinks he can get away with it.

In Rules of the Game by Melanie J. Drake, the Goddess of Thieves desperately wants to retire – she just needs to find the right sort of patsy – er – person to take her place.

A group of retired Gods and Goddesses dragoon the Goddess of Mischief into a contest of wit and wiles in Blaze of Glory by Ronel Janse Van Vuuren.

What’s trickier than an ancient Goddess in the form of a cat? Certainly not a werewolf pack. We find out who is the cleverest in The Werewolf’s Old Clothes by Raven O’Fiernan.

Taranis and Cerne come out of retirement when some local musicians need a little help from some retired Gods on Harleys in It’s a Deal by Lyssa Medana.

Clever Ganesha is forced to get a little crafty when some bureaucratic nonsense upsets the order of the cosmos in Kaelan Strouse’s Ganesha the Trickster.

In That Kind of Mojo by Vanessa Finaughty, some young tricksters come to understand the value of experience when it comes to pranks.

Jemma Weir introduces us to a seemingly prosaic retiree named Ernie in Granddad Swap; another reminder that looks can be deceiving.

A bored nature deity with a lot of friends is a dangerous nature deity – just ask the president. In Bastille Day by Carlton Herzog, Pan and his coterie of gods and goddesses form the Beguilers; they might not be able to dazzle them with brilliance, but they can certainly baffle them with bs.

Hailing from the bloody past of the Aztec empire, Huehuecóyotl is forced to make the decision between his pantheon and the innocent people who will die if they are revived in The Worst Trickster God of All by Katharina Gerlach.

In Subterfuge, Sleep Deprived by Juneta Key, we visit the underworld to figure out who kidnapped the God of Sleep – spoiler alert, Hades isn’t a happy camper without his shut eye.

Pick up your copy of Grumpy Old Gods today!

*Warning: Reading Grumpy Old Gods anthologies can lead to uncontrollable laughter, grinning, snorting, and other signs of glee. Eating or drinking while reading this book may lead to choking with laughter. Ask your doctor if laughter is right for you. Seek professional help if your grin doesn’t go down after forty-eight hours. Not recommended for children, politicians, war criminals, or Zeus.

Pick it up on Amazon!
Published inAnnouncement